Twitter is special and we need to approach it specially. To find genuine conversations, we'll need to do some work to filter out junk. So grab a cup of tea, and let me walk you through the process.

Finding mentions on Twitter, but without the bot spam

Let's say we're interested in people talking about HubSpot. We'll start by entering that in our text field and clicking "Save": 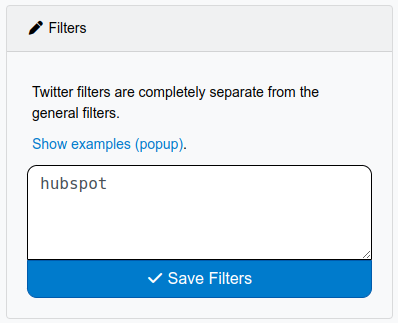 Let's see what notifications that would have brought us. Syften's Twitter syntax is almost identical to Twitter's search syntax, so let's experiment there. Let's click the preview button, which will take us directly to twitter.com: 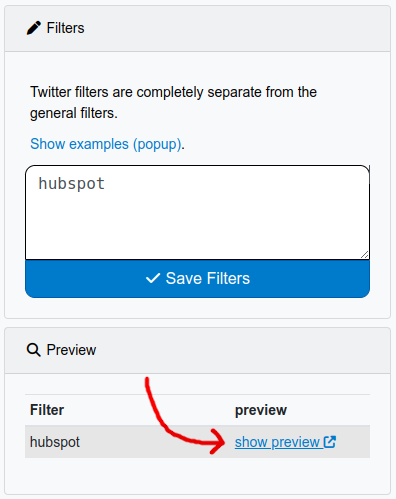 Here is what we get: 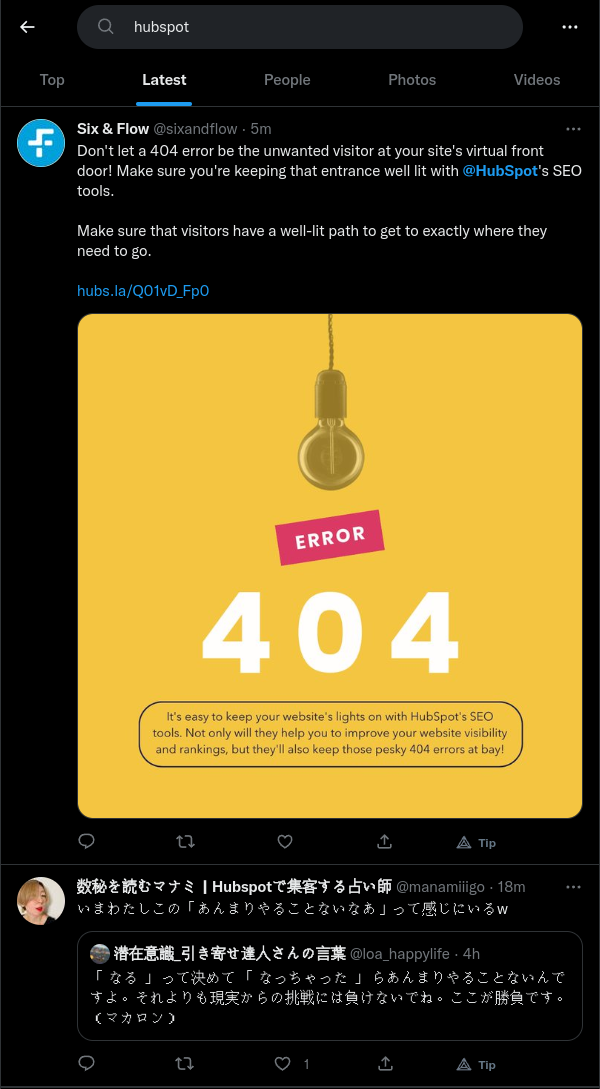 Let's try to fix it.

Even though it's not obvious from the screenshots I provided, the first step should be excluding the official HubSpot company account. Let's find it with a quick Google search: 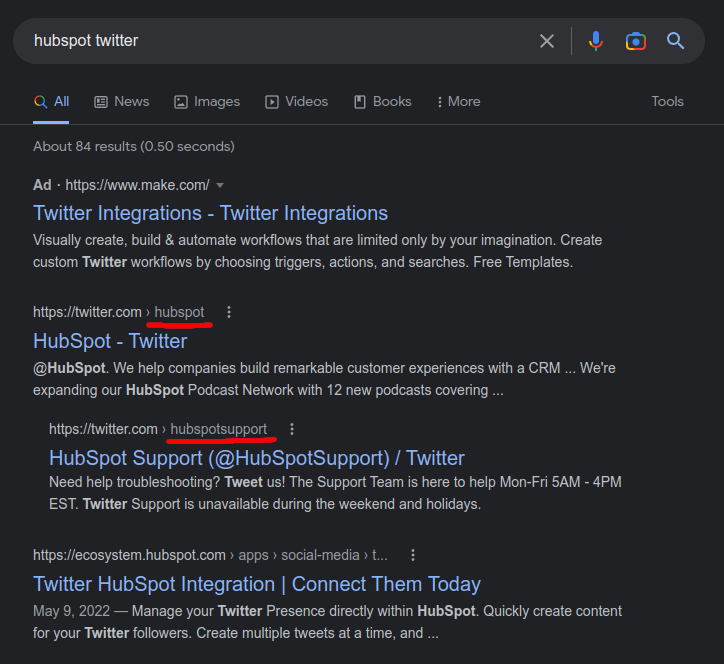 It seems like they have two company accounts. Let's exclude them, and while we're at it, let's exclude Tweets that contain links. A genuine discussion will rarely have a link, but a self-promotion tweet almost always will (the big yellow one from the previous screenshot contained a link).

It's starting to look good: 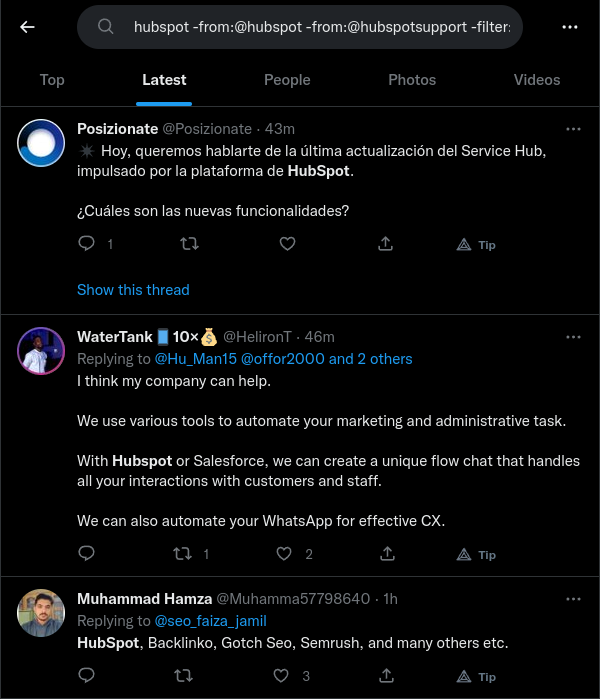 But, as opposed to Reddit, Twitter is international. For the purpose of this article let's exclude everything that's not in English. 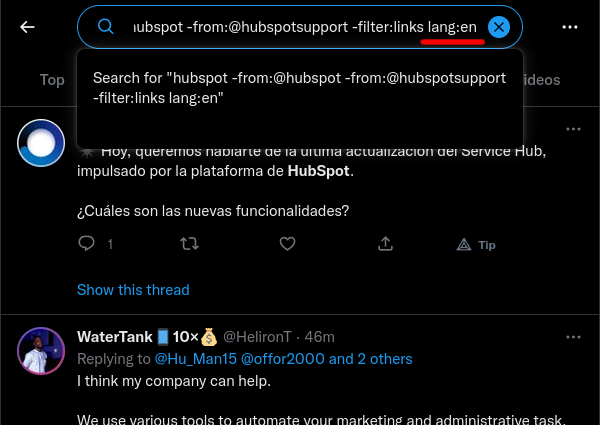 It might or might not be a good idea to filter out retweets. If you're a small company and want to engage with everyone who retweeted your stuff, then keep the retweets in. If you want to monitor mentions of HubSpot like in this example then it would be too much - exclude them.

Just so you know what to expect on Twitter, after all this work we will still get some spam: 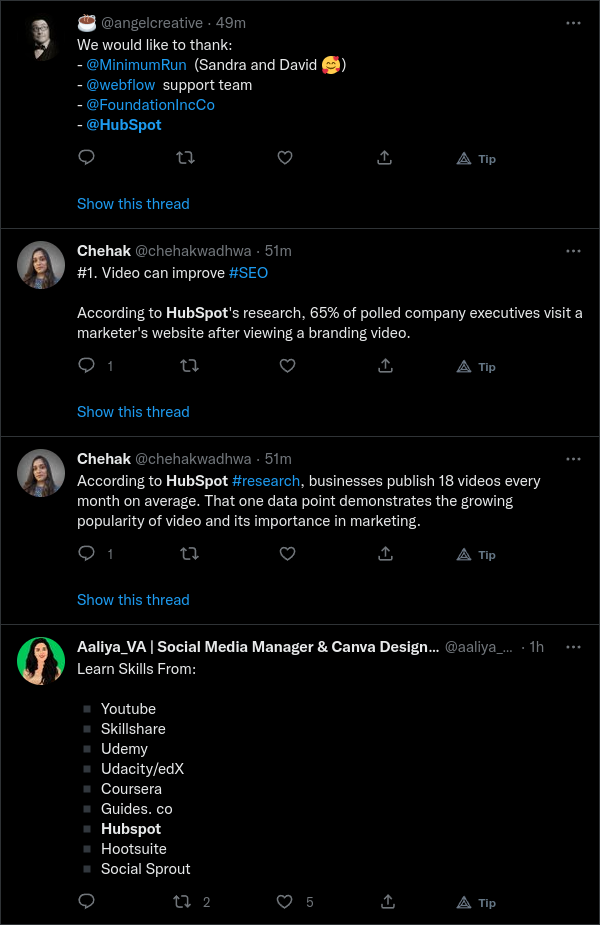 But also a reasonable number of genuine conversations: 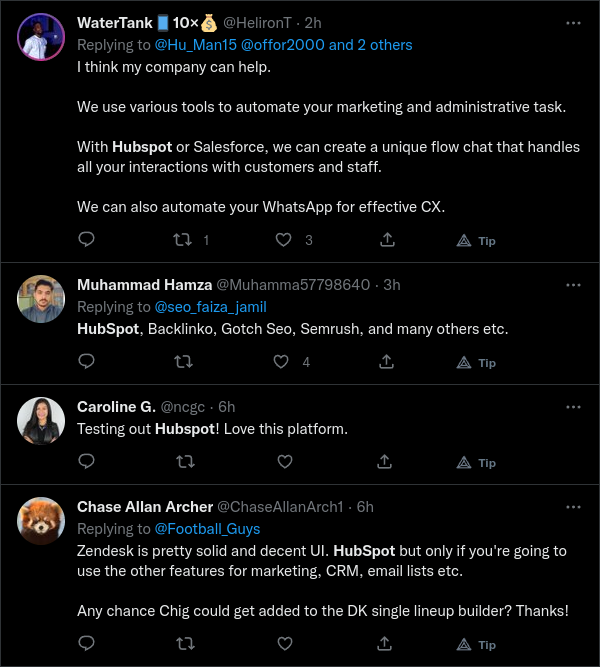 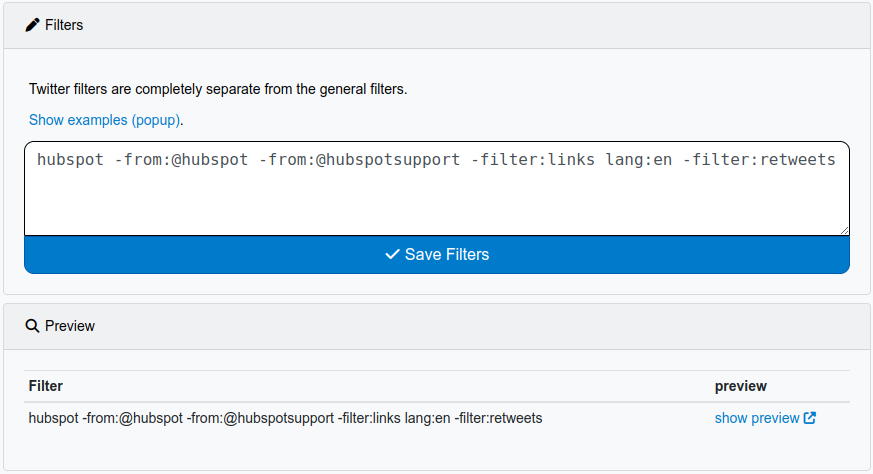 Repeat for all other competitors and that's it!

You might be more liberal with what you want to see when listening to your own brand. Here is my search string for Syften ("syften" is a Swedish dictionary word, so I limit it to English):